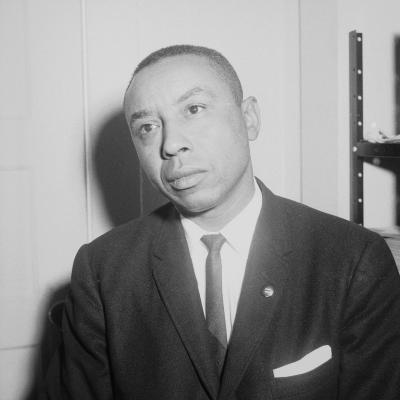 The civil rights lawyer and activist Floyd McKissick (1922-1991) attended Morehouse College, and with the intercession of Thurgood Marshall, became the first African-American student admitted to UNC Chapel Hill Law School.  He represented lunch counter sit-in protesters and even his own children in a school desegregation lawsuit.  His time in the NAACP and leadership of the Congress of Racial Equality (CORE) positioned him in the forefront of debate over how the civil rights movement should proceed vis à vis nonviolence and Black Power.  He became a district court judge late in his career.  His Cooper Union addresses are ardent pleas marked by an unforgettable urgency and ache.  He is buried in Soul City, an integrated North Carolina community he established.