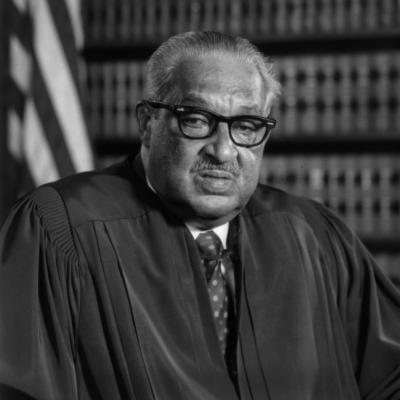 At the time of his impassioned Cooper Union talks on institutional segregation and voter suppression, the renowned lawyer and civil rights advocate Thurgood Marshall (1908-1993) had successfully argued many cases before the US Supreme Court, including the landmark Brown v. Board of Education of Topeka, and had served as Chief Counsel for the NAACP Legal Defense and Educational Fund.  He was later appointed to the US Court of Appeals for the Second Circuit in 1961, US Solicitor General in 1965, and then nominated and confirmed as the first African-American Associate Justice of the US Supreme Court (1967-1991).