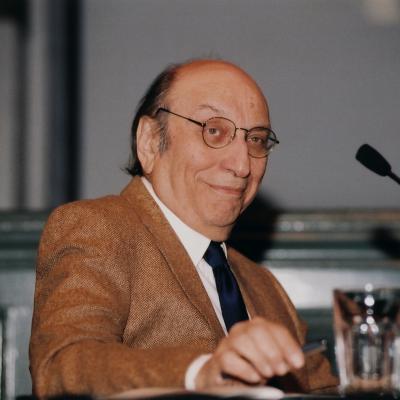 The celebrated graphic designer and illustrator Milton Glaser (1929-2020) was a 1951 Cooper Union alumnus who co-founded Push Pin Studios in 1954 and New York magazine in 1968. In the mid 1970s, he was vice president and design director at the Village Voice.  His 1976 "I Love NY" logo reinvigorated a city in the midst of a cataclysmic financial shortfall and later found new resonance in the 9/11 aftermath. He was honored with the Lifetime Achievement National Design Award from the Cooper-Hewitt Museum and the National Medal of Arts in 2009. From his Bob Dylan poster to the Astor Place subway station, he innovated the visual landscape in typeface, sign and symbol.